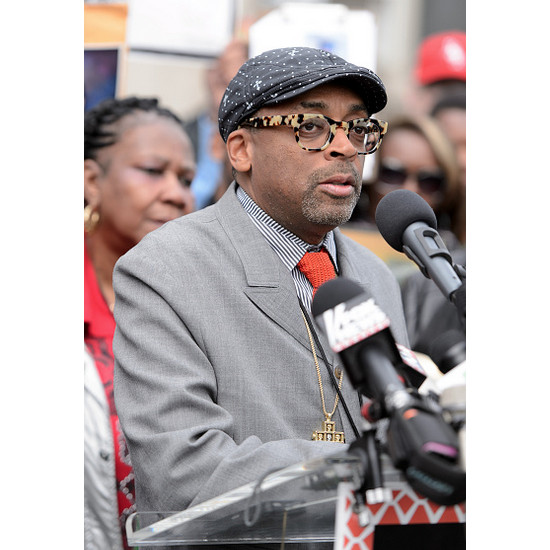 When filmmaker Spike Lee first announced the title of his upcoming picture, “Chiraq,” many residents and community organizers in Chicago were definitely not happy. The name, which was also condemned by Mayor Rahm Emmanuel, conjures up images of a barren warzone. It was allegedly first coined by gangmembers in the city, but residents from all walks of life either utilize or loathe the moniker.


“Chiraq,” a modern-day, musical retelling of the ancient Greek comedy Lysistrata, began filming in the city on June 1st and residents are still up in arms over the forthcoming picture.

Alderman William Burns, who represent’s Chicago’s South Side, even attempted to have the film’s tax credits reversed last month, to no avail.

“The name itself is deeply troubling,” Burns tells CNN. “They don’t view their neighborhood as Chiraq. They view it as Auburn Gresham or Englewood or Hyde Park or Kenwood, and they’re very proud of where they live.”

Another longtime Chicago resident, Emmett Benjamin, claims that the name Chiraq has meaning to the black residents of Chicago, and Spike Lee’s film dilutes the importance of the term.

Benjamin, who filed trademarks for the name “Chiraq” within the last two months, says he has been marketing and promoting the term for some time now and Lee’s film is capitalizing on his hard work.

According to the Chicago Tribune,

At the beginning of the year, Benjamin incorporated the House of Christ Temple Divine, and in the charter of the temple he outlined a concept of the “Sovereign nation of Chi-raqi,” which he described as “a nation of persecuted black people.” The temple and nation are part of Our New Faith or the New Kemetic Society, Benjamin said.

The temple has used the word on clothing, music and film services, as well as other charitable services, he said, and on several websites associated with the temple.

Lonnae O’Neal, a former resident of Chicago, acknowledges that while the name is troubling, solving Chicago’s problems should be central to the debate.

Chicago is not Iraq, some war-torn place in the Middle East. It is a storied American city, parts of which have been allowed to remain in despair and decay for decades. It is a place where people make choices: Some act out rage and alienation by killing one another. Others act out their paralysis, their lack of political muscle, will, creativity and citizenship, by fretting over the name of a movie.

Despite the opposition, Spike Lee hasn’t shown any signs of slowing down production. On Monday, nearly 500 extras, mostly locals, were seen lined up on a street that happened to be in Alderman Burns’ district.