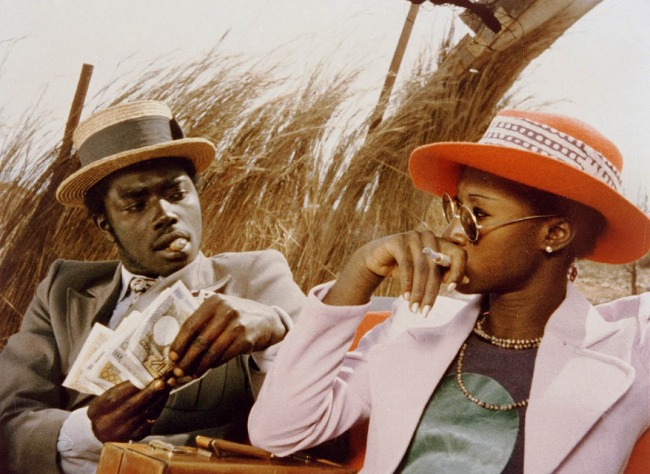 Touki Bouki (Wolof for The Journey of the Hyena) iis a 1973 Senegalese Drama film, directed by Djibril Diop Mambéty. The film, which is shot in a mixture of French and Senegalese Wolof with English subtitles, was shown at the 1973 Cannes Film Festival.


Mory, a cowherd who rides a motorcycle mounted with a cow’s skull, and Anta, a university student, have met in Dakar, Senegal’s capital. Alienated and disaffected with Senegal and Africa, they long to go to Paris and work up different con schemes to raise the money. Mory steals clothing and money from a wealthy gay man who had brought him home, and he and Anta book passage on a ship to France.

Touki Bouki is a commentary on French colonial culture in a rapidly changing Africa.

Watch the film at African Film Library, or purchase it online

Ousmane Sembène’s ‘Black Girl’ Gets Restored and Re-released Ahead of 50th Anniversary.

Film. ‘Akounak.’ This Nigerien Remake of Purple Rain is a ‘Must See.’