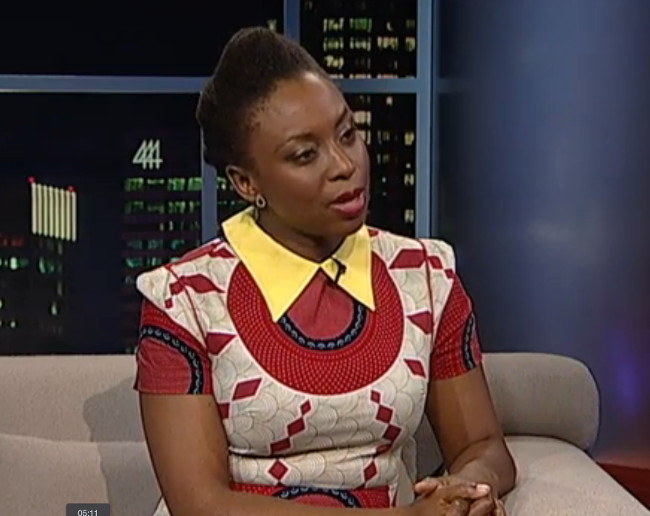 . When asked about why she wrote the novel, Adichie had this to say:

Adichie also admitted that after experiencing microaggressive racism when she first came to the United States to study, for a while she didn’t want to be identified as black. She felt that blackness in the United States was “weighted” with negativity.

Her feelings changed after she immersed herself in African-American history. Watch the whole interview below.