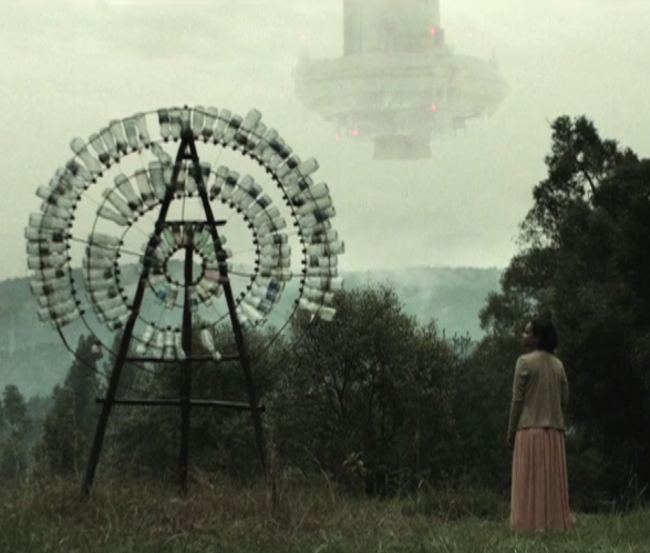 
“Decades after the apocalypse and after extraterrestrial life had been discovered, the few inhabitants left in a hostile earth have struggled to survive by squatting and rummaging to make ends meet. For many years an alien spaceship has hovered in the skies, undisturbed and dormant, slowly rusting away. Tired of picking up the crumbs of gone-by civilizations, Gagano dreams his life away when not living in a state of perpetual fear. When the spaceship in the sky begins to turn on after a series of freak incidents in the bowling alley that Gagano and Selam call home, our miniature sized hero will be forced to embark on a surreal epic journey that will lead him through the post apocalyptic Ethiopian landscape. As he confronts himself, his fears, as well as witches, Santa Claus and second generation Nazis he will find himself only to discover that the memories that brought him on his journey and that he always thought he had were not really as he had been recalling them.”

Crumbs premiered at the Rotterdam International Film Festival last month and has already been picked up for digital distribution in the United States by IndiePix. Watch a trailer below, and head over to Facebook for more info.