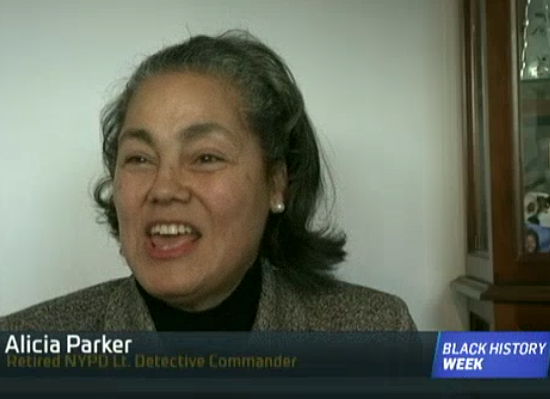 When Queens, NY resident Alicia Parker was assigned to the 41st precinct in the Bronx in 1973, she was one of just two female African-American officers in the NYPD. Parker retired in 1995 after 22 years on the job. She recently spoke with NY1 about her experience.


“No one wanted to work with me. It was quite an experience. I just saw my name on the roll call and it just kept getting scratched off,” says retired NYPD Officer Alicia Parker.

Parker also commented on police brutality and the death of Eric Garner,

“Mr. Garner was indicating that he couldn’t breathe and with all of the people that were standing around, no one said, ‘Hey, Let’s let him have a little air. Let’s move away from him a little bit.’ I think that bothered me more than anything else,” says Parker. “I think that tactics are important. I think that once a person is down on the ground though, there are certain things a person shouldn’t do and I think compressing their chest to the point where they can’t breathe is one of the things you shouldn’t do. And there was a supervisor there who probably should have taken charge.”

Watch the entire interview at NY1.

Images. Meet The First Black Women To Serve With The U.S. Navy.