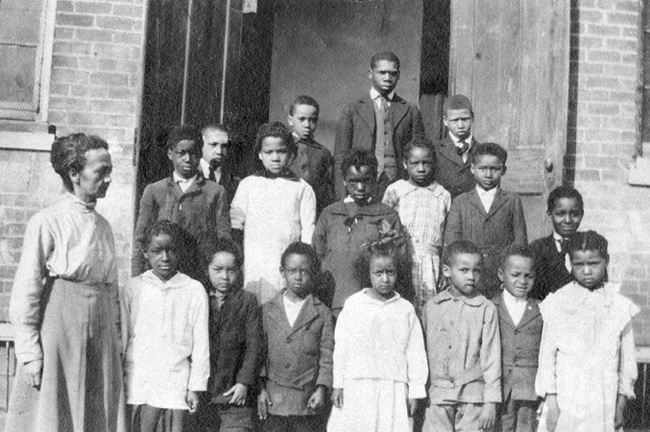 This year, on Juneteenth, the National Archives used the special day to announce that it had joined forces with the Smithsonian, FamilySearch International, the Afro­-American Historical and Genealogical Society, and the California African American Museum, in order to undertake a massive project which includes making over 1.5 million images available for viewing online.

The 1.5 million images released Friday are from the actual reports filed by the 900 agents of the Freedmen’s Bureau who were located across the country.

Hollis Gentry, a genealogist with Smithsonian Institution, said they were very interested in partnering with the church and genealogical groups to make records available to a wider audience. “One of the biggest challenges in researching the Freedmen’s Bureau records are the number of handwritten reports that are in the form of letters. The agents may have been reporting on deaths or marriages.”

“Because the Freedmen’s Bureau was an agency within the government the records have been in the custody of the National Archives and available only in Washington DC.,” Gentry said. “Now 1.5 million images have been scanned in and digitized and we estimate that they contain the names of upto 4 million slaves.

While much of the records still need to be sorted and labeled, the database is currently available for use. The organization still needs volunteers, however, to keep the project going.