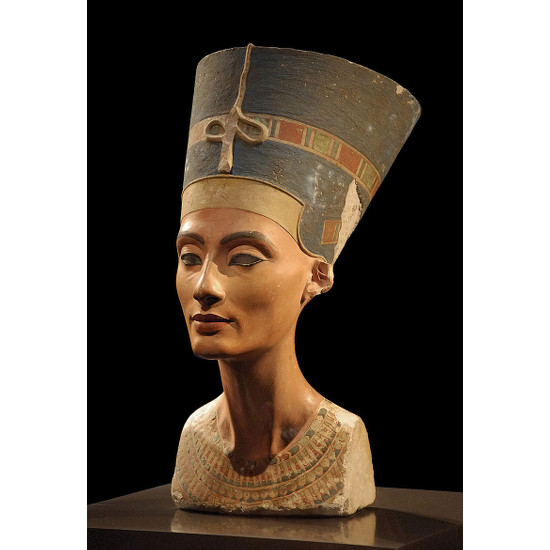 (Picture of the Nefertiti bust in Neues Museum, Berlin by Philip Pikart)

Last month, a published report by Nicholas Reeves, an archaeologist at University of Arizona, included evidence regarding the location of the long-lost tomb of Nefertiti.

According to Reeves, the tomb had been hidden in plain site all along. His scans revealed a secret chamber located behind the tomb of King Tut, was the likely location for the tomb of Queen Nefertiti.

Early reports stated that the sensitivity of the area would make putting Reeves’ theory into practice very difficult. But a recent report reveals that we might have an answer to this centuries long mystery much sooner than expected.

“It’s not going to cause any damage to the monument,” Mouchira Moussa, media consultant to Antiquities Minister Mamdouh el-Damaty, tells AP.

There is also a possibility that the secret chamber might contain the tombs of other relatives of this ancient Egyptian royal family.

How Much The World Spends On Food.