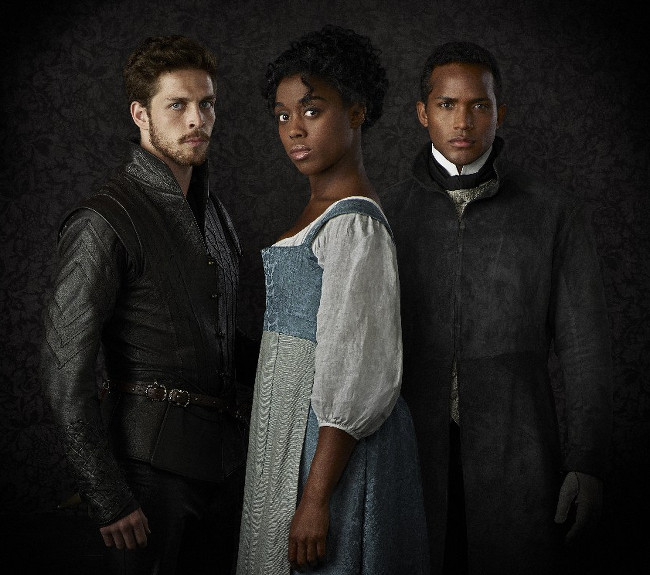 Along with the announcement of a series order, ABC recently offered a sneak peek at “Still Star-Crossed,” the upcoming Romeo and Juliet-inspired drama brought to you by Shondaland productions. The series stars British actress Lashana Lynch, alongside Wade Briggs (left above) and Sterling Sulieman (right above).


Written by Heather Mitchell, and based on the book by Melinda Taub, the series, titled “Still Star-Crossed,” is set in 16th century Verona. It picks up where Shakespeare’s original work ended and chronicles the complicated relations between the Montagues and Capulets in the wake of the Romeo and Juliet’s tragic fate. The families decide that the only way to end the bloody feud is through marriage. A young member from each family is picked and then forced into marriage.

Lynch will play Rosaline, a capulet and the headstrong and beautiful cousin of Juliet. After the death of her parents, she’s taken in by Juliet’s parents. She is forced to work as a servant for the family under cruel conditions. Eventually she is ordered to marry Benvolio, a Montague.

Check out a really quick teaser below.

The role marks Lashana Lynch’s American television premiere. Lynch broke into the mainstream in 2012, with a role in Noel Clarke’s Fast Girls.