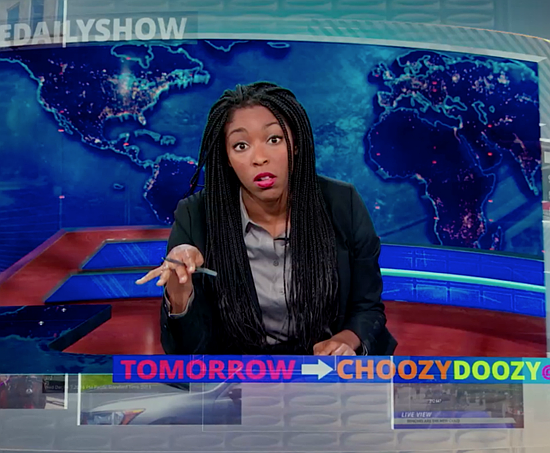 Ever since Jon Stewart announced his departure from The Daily Show, viewers have been excitedly speculating who would be next in line as host of the popular program. Many, myself included, would love to see Jessica Williams take on the role. But, at 25, despite her amazing accomplishments, there’s a chance she might be a bit too inexperienced for the job. That doesn’t mean she can’t take on the position in the future, however.


In this clip from the movie Hot Tub Time Machine, shared by Uproxx, the movie predicts Williams as the new host of TDS and also features the new host making some of the hilarious political jabs the show is known for.