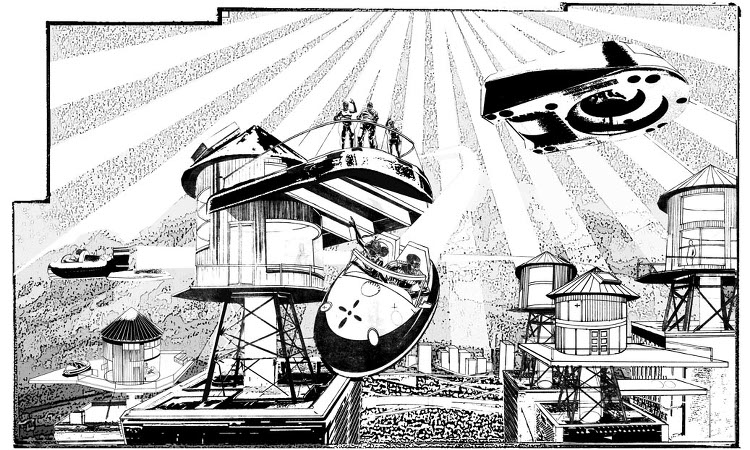 Artist Kerry James Marshall will be bringing a large-scale version of his work to New York City’s High Line. The High Line, or the High Line Park, as it’s known is a set of converted above-ground railroad tracks that now serves as a public park. While the site is a major tourist attraction, it’s also a shining beacon which represents the aggressive gentrification which has occured in the area over the past 15 years.


Many have noted the irony of Marshall’s artwork, which is set to premiere in June, being displayed at the site. The large scale mural will be a scene from the artist’s Dailies series, an ongoing black-and-white comic series that incorporates elements of modernity, futurism, and post modernism, and how those concepts interact with and conflict with blackness. In a sense, Dailies represents both physical and ideological gentrification.

According to Friends of the High Line,

For the High Line, Marshall presents a large-scale, hand-painted mural adapted specifically for the High Line. Titled “Above the Line,” the mural is an extension of the artist’s Dailies series, specifically the cartoon strip “Rhythm Mastr,” an epic narrative of the struggle between tradition and modernity within the Afro-diasporic worldview. The works address the lack of black superheroes found in American comics, and raise historical and philosophical questions in black vernacular English. This particular comic painting, Above the Line, imagines the redevelopment of rooftop water tanks as luxury homes and condominiums.