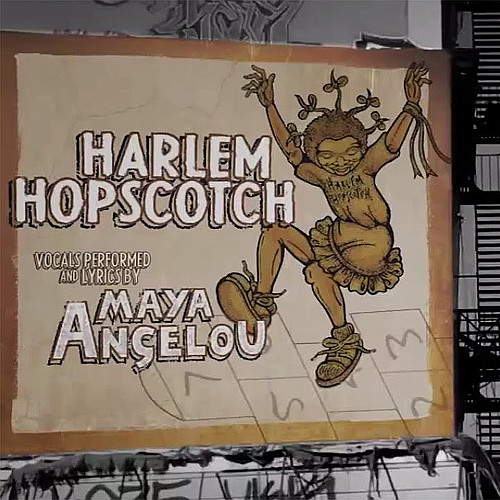 Maya Angelou’s Harlem Hopscotch was first published in 1969, but poem has truly proven timeless. Written as an ode the obstacles we face in life, and as encouragement for us to overcome them, Harlem Hopscotch is given new life as one of the many tracks on the album Caged Bird Songs. The album is produced by by RoccStar and Shawn Rivera of the R&B vocal pop group Az Yet, and was being worked on prior to her death, with her blessing.


Check out the original poem below, as well as the music video featuring Zendaya.

One foot down, then hop! It’s hot.
Good things for the ones that’s got.
Another jump, now to the left.
Everybody for hisself.

In the air, now both feet down.
Since you black, don’t stick around.
Food is gone, the rent is due,
Curse and cry and then jump two.

All the people out of work,
Hold for three, then twist and jerk.
Cross the line, they count you out.
That’s what hopping’s all about.

Both feet flat, the game is done.
They think I lost, I think I won.

Get Caged Bird Songs on iTunes or Amazon.
SHARE
by superselected

Pieces from Maya Angelou’s Art Collection, With Selections From Faith Ringgold and Elizabeth Catlett Will Be Up For Auction.