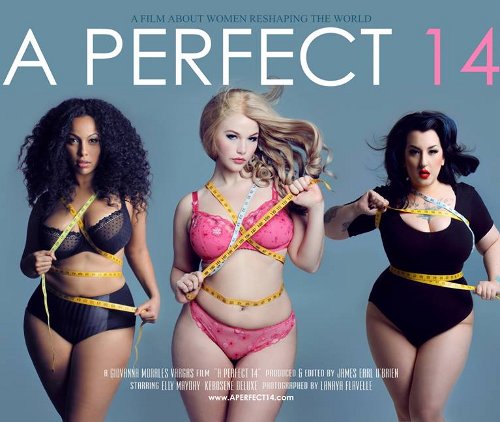 Despite the fact that plus-size clothing is being business in North America and the average American woman wears a size 14, we tend to hear more about the Victoria’s Secret standard models than we do about plus size models.


Directed and produced by Giovanna Morales and produced and directed and edited by James Earl O’Brien, A Perfect 14, seeks to inform consumers and change perceptions by following three plus size models through their careers.

According the film’s funding page,

This film explores the controversial term plus-size and the divisive influence it has on society by interviewing designers, photographers, standard models, agencies, magazine editors, industry leaders and plus-size pioneers in the meccas of the fashion world. It combines the stories of the models with an exploration of the largely ignored topic of weightism, one of the last acceptable types of discrimination. Interviewing experts in the field of fat studies and body image, the film also exposes the collective unconsciousness of size-based segregation. It also asks the question of the media’s responsibility in its single focus portrayal of thin role models and how it takes a heavy toll on the self confidence and body image of women.

Check out the trailer for A Perfect 14.

A Perfect 14: Teaser Trailer from O'Brien Films on Vimeo.

A Perfect 14 will be released in 2014, with release dates pending. For more information, follow the documentary on Facebook.